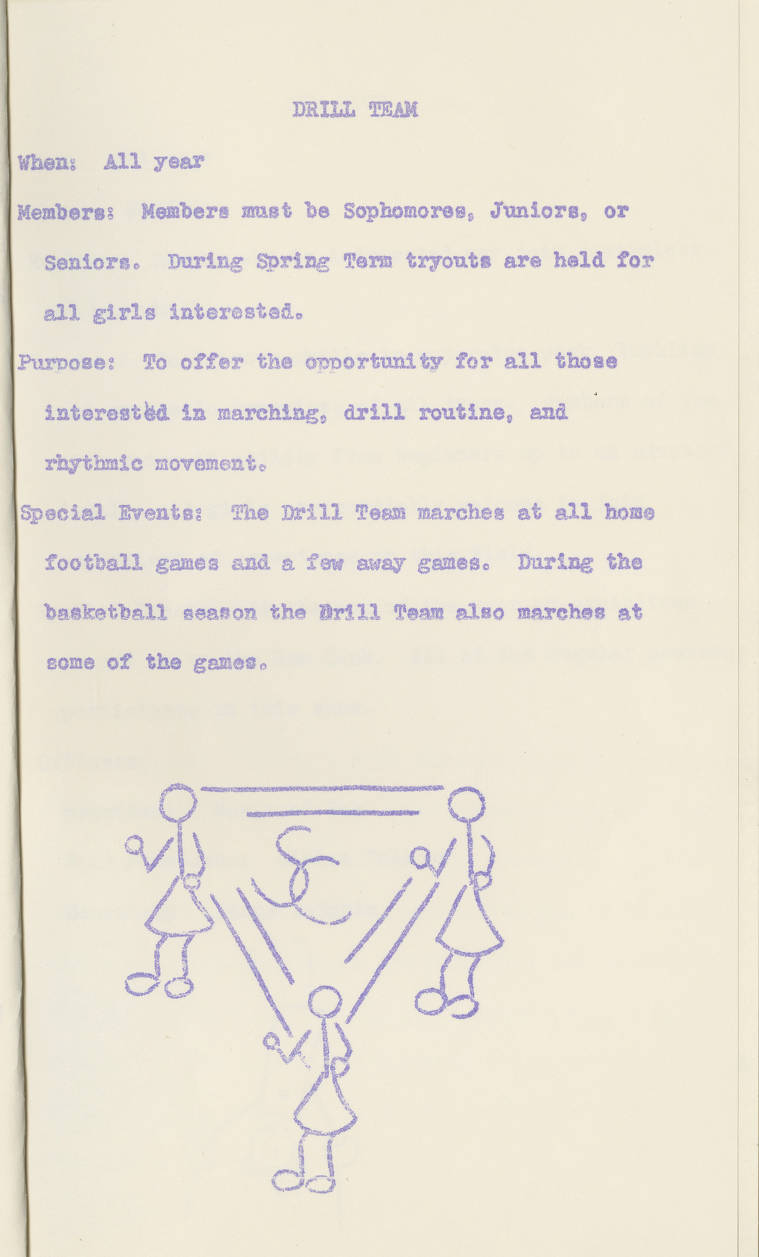 The Drill Team (also recognized as the Women’s Drill Team) was established in the fall of 1953 and primarily performed routines during the halftime of football and basketball games with the Springfield College Band, who provided the music. The performances were stated to be original, usually composed by the members. In 1957, they were nicknamed the “high steppers” and were known for their precision marching. The team also would travel to at least one away game per season, “allowing them to represent the college and realize the high honor each girl holds in belonging to this group.”

A board consisting of the manager, assistant manager, and a representative of each class governed the team . The board’s function was to discuss and present problems and rules for the team’s benefit. Tryouts typically were held in the spring, with the members being upperclassmen. Girls were selected based on their marching ability, response to music, posture, and general appearance.

After the 1966-1967 school year, they are no longer recorded in school handbooks and yearbooks. It is assumed that this was the final year of their existence as a club.

The Springfield College Drill Team Club Records collection contains photographs, historical materials, a short news reel, and realia mostly from the early 1950s drill team. The film is a short clip from a 1954 channel 22 (Springfield Massachusetts. The film starts with an interview outside on the campus of Springfield College then shows the women of the SC drill team matching. The sound has been lost. There is a letter dated April 13, 1983 that said the film was sent by Channel 22 news. The realia is a patch that was worn on the uniform of a drill team member that contains two pins from 1951 & 1953. A few undated photographs of women marching is also contained in the collection.